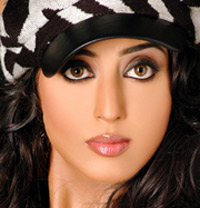 Apoorva Lakhia who has directed films like ‘Shootout at Lokhandwala’, and busy finalizing the cast of his next movie, a remake of "Zanjeer", says Mahi Gill was initially not interested to play Mona Darling in the film. Shooting of the film will commence from May 13.

"Yes, we have roped in Mahi Gill for Mona Darling's role which was played by Bindu (in the original). However, Mahi didn't want to play Mona Darling. I had to convince her. Later she sent me a text that she wants to do the role," Lakhia told IANS.

"I am sure Mahi will take her character to a next level. She is one of the most beautiful and talented actress we have in Bollywood," Apoorva Lakhia said.

Ajit had essayed arch-villain Teja in the original version of the film; this role has been given to Prakash Raj in the remake. Southern actor Ram Charan Tej has been finalized for the role of Angry Young Man Amitabh Bahchan had played.

"I am grateful that Prakash Raj and Mahi Gill are part of my film. I am very excited with the star cast. The leading lady of the film will be finalised by today. Looking forward to it," Lakhia has been quoted as saying.