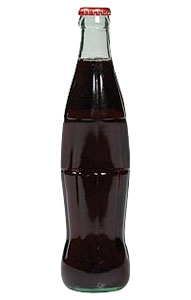 Caramel apparently one of the ingredients in the original recipe for Coca-Cola may cause cancer, a recent study says.

As the recipe of coca-cola has been modified over the years, the soda now draws its caramel color from a mixture that contains compound 4-methylimidazole, also known as 4-MI or 4-MEI.

This compound is also part of other colas including Pepsi. But the Center for Science in the Public Interest has emphasized that it is a known cancer causing and has no place in our food supply.

Now that the CSPI has filed a petition in the U.S. Food and Drug Administration to ban it, and California has included this compound in its list of known carcinogens, Coca-Cola is planning to switch to a new formulation that will enable the company to avoid cancer-warning labels on cans in California, says a report in the Discovery News.

"The company did make the decision to ask its caramel suppliers to make the necessary manufacturing process modifications to meet the requirement of the State of California," Diana Garza Ciarlante, a Coca-Cola spokeswoman, said National Public Radio, emphasizing that its coloring has always been safe.

"The fact is that the body of science about 4-MEI in foods or beverages does not support the erroneous allegations that CSPI would like the public to believe," she added.

The FDA has said that people would have to drink more than 1,000 cans of soda a day to cause any concern.

"Carcinogenic colorings have no place in the food supply, especially considering that their only function is a cosmetic one," a press release issued by Michael Jacobson, CSPI's executive director says.

The group also says that the label is misleading.

"Most people would interpret 'caramel coloring' to mean 'colored with caramel,' but this particular ingredient has little in common with ordinary caramel or caramel candy," Jacobson added.

"It's a concentrated dark brown mixture of chemicals that simply does not occur in nature. Regular caramel isn't healthful, but at least it is not tainted with carcinogens," Jacobson added.

The supplier told that it has customized the color by changing the production process to decrease the levels of 4-MI, altering the temperature, pressure and ingredients.

Coke has emphasized that the consumers will not be able to notice the difference.