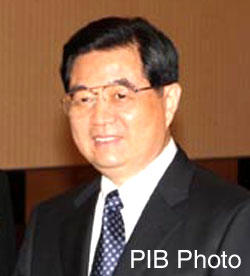 Indian Prime Minister Manmohan singh is expected to talk with Chinese president Hu Jintao on Thursday afternoon when both the leader will cover various issues on bilateral importance. They will also talk on bridging the trade deficit and fasttracking the new confidence building measures between both the countries.

Prime Minister Manmohan Singh will hold bilaterals talks on Thursday afternoon with the Chinese president that will cover various issues including bridging the trade deficit and fasttracking the new confidence building measures.

India is expected is to raise the issue of huge imbalance in bilateral trade that has exceeded $70 billion, with the surplus heavily in China's favour. (With inputs from IANS)