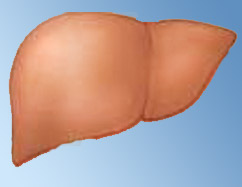 A team of researchers has reached to the conclusion that obese youths with specific genetic variants may be more susceptible to fatty liver disease, a leading cause of chronic liver disease in children and adolescents in developed countries.

Nicola Santoro, M.D., associate research scientist in the Department of Pediatrics at Yale School of Medicine and the team of researchers measured the liver, fat content of children using magnetic resonance imaging as part of the study.

The research was conducted on three ethnic groups and included 181 Caucasian, 139 African-American and 135 Hispanic children with an average age of 13.

Santoro stated that his study could help establish the genetic mechanisms that contribute to liver fat metabolism.

"This may drive the decisions about future drug targets to treat hypertriglyceridemia and non-alcoholic fatty liver disease," he explained.

"Our findings confirm that obese youths with genetic variants in the GCKR and PNPLA3 genes may be more susceptible to fatty liver disease," Santoro has been quoted as saying.

"Our data refer to a population of obese children and adolescents. I think that further studies in a larger sample size involving lean subjects and adults may help to further define in more details these associations," he explained.

March issue of the journal Hepatology has published this study.

With inputs from ANI