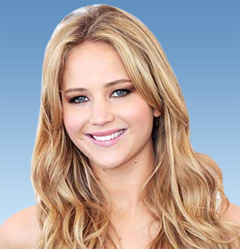 Tourism in US state of North Carolina is all set to get an impetus from the recently released "The Hunger Games".

Fans of "The Hunger Games" starring Jennifer Lawrence are visiting the state where the shooting of the film took place.

To cash on the popularity the tourism industry is supposed to offer hotel packages, zip-line tours and lessons in survival skills. 'The Hunger Games' was shot in North Carolina, and the movie has filmed mountainous scenery and Henry River Mill Village as the setting for District 12, says contactmusic.com.

"I'm getting too many visitors. Day and night, they're driving through, taking pictures, getting out and walking. I'm just bombarded with people," an 83-year-old property owner of the reason has been quoted as saying to Associated Press.

The film, that is adaptation of bestselling book of the same name, is set in a post-apocalyptic world where teenagers are forced to compete in annual fighting games that may claim their lives.

"The Hunger Games" was released in cinemas across Britain Friday and is getting large number of viewers.