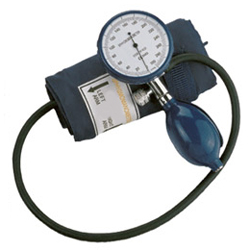 A large number of the commonly used over-the-counter and prescription drugs causes hypertension that further increases the risk of stroke, heart attack, and aneurisms, says a new study.

Prof. Ehud Grossman of Tel Aviv University's Sackler Faculty of Medicine and the Sheba Medical Center reached at the conclusion that the chemical components of the drugs can increase blood pressure or meddle with anti-hypertensive medications.

Such kinds of medications can cause this drug-induced hypertension and both patients and doctors remain uninformed of its ill effects.

"In diagnosing the causes of hypertension, over-the-counter drugs like ibuprofen are often overlooked," Prof. Grossman has been quoted as saying.

Most of the patients often believe that because a medication can be availed without a prescription, it is relatively safe. But that's not true all the time.

Some examples of this kind are contraceptive pills, various anti-depressants, anti-inflammatory pills to control pain and bacterial antibiotics.

Most of these medications are well known for its adverse effects on the high blood pressure. While most of the doctors do not think about them in their treatment plans, and they don't inform patients of the possible risks linked with these medications.

In the end, it is physicians' responsibility to examine treatment options and present the best course for their patient if a particular patient is suffering from hypertension, Prof. Grossman added.

Prof. Grossman said that the Doctors may be advised to cut short the dosage of the drug, or add an anti-hypertensive drug to their prescription.

He also said that the both doctors and patients should be given information in this regard.

"Many physicians don't account for this, and some don't even know about it. It's their responsibility to be informed and make sure that their patients are aware that this is a possibility."

"Once a patient has won a longer life with the use of these drugs, you don't want to expose them to problems associated with blood pressure, such as stroke," Prof. Grossman has been quoted as saying.

One can counter the drug-induced hypertension by following some simple ways like the thoughtful addition of anti-hypertensive medications to a treatment plan, he said.

American Journal of Medicine has published this study.

Along with Ibuprofen,which are the other drugs causing these side effects?
Thanx.