Yuvraj should have earlier move to US for treatment: Yograj Singh 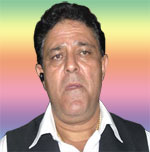 Expressing anguish over his son's ailment and the delay in his being given proper medical treatment, Yograj said, "His treatment was going on for the past six to eight months, I wouldn't want to blame anyone but when we knew that he had this problem then he should have been sent to America much earlier for treatment. He would have fully recovered in three weeks."

Yuvraj is currently undergoing chemotherapy in the Boston Medical Centre, after being diagnosed with lung cancer, which was earlier said to be a non-malignant tumour in his lung.

The left handed all rounder who became the 'Player of the tournament' in One Day International (ODI) cricket World Cup 2012 which India won after 28 years gap, is currently reading an autobiography of renowned American cyclist, Lance Armstrong "It's Not About the Bike: My Journey Back to Life" who was diagnosed testicular cancer in 1996.

Lance Armstrong who had more severe cancer had been treated in this institute and after overcoming this disease he became a great champion and father. Armstrong won a record seven Tour de France titles.

Hailing to his son's bravery, Yograj said that his son is a lion and he would roar soon in the field after getting well.

Yograj however thanked to Board of Control for Cricket in India (BCCI) for bearing all the expenses for Yuvraj's treatment and giving rest from Australia tour.

Besides Yuvraj, other Indian cricketer who overcame from this problem is J P Yadav who is currently playing in the domestic cricket after getting complete fitness. South African cricketer Dave Callaghan and Australian Simon O'Donnell too had already recovered from cancer to resume their career.