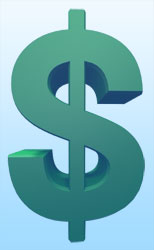 Washington, Feb.6: Charles Schwab, Chief Investment Strategist Liz Ann Sonders is of the opinion that the American economy is improving, and it may better chances of giving jobs to the unemployed.

"Its pretty close to great. What was unique about this month relative to past months is there was not much you could follow (with the word 'but'). This time it was strength across the board, and that made it particularly unique relative to recent trends," Sonders has been quoted as saying in CBS News.

"Most of the leading indicators suggest continued strong job growth. In fact, one of the interesting things about the number - particularly yesterday, but in general, is there are two numbers used to create the numbers we get on a monthly basis. There's the payroll survey, which is where we get that number of jobs lost or gained in each month. But then there's a household survey, a survey of 60,000 households, and that's where the unemployment rate is derived. That survey showed 631,000 jobs created last month. And that's good news, because it tends to lead the payroll survey," Sonder said.