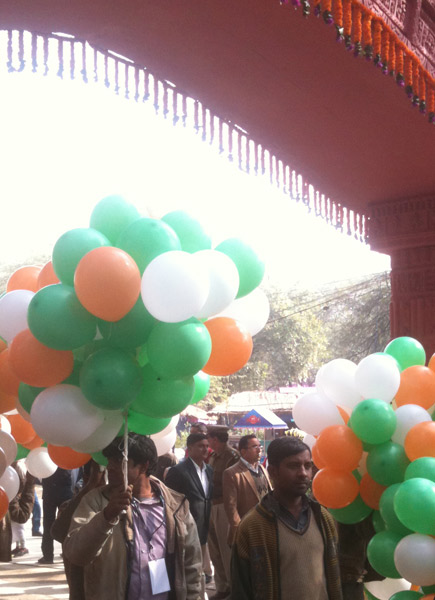 The much-awaited Surajkund Crafts Mela representing the handloom and handicraft traditions of rich Indian cultural heritage is to begin today with Aasam as the theme state for this year.

Surajkund mela was first started in 1987 and is celebrated every year during the spring season, from February 1 to 15, at Surajkund located in Haryana, India. The fair is aimed to give an exposure to the traditional art of handloom and handicraft of the country. Traditional craftsman (artists, painters, weavers and sculptors) from all parts of the country participate in this annual celebration and the creations of 50 best designers and craftsmen in wood, metal, bamboo, iron, glass, textiles and stone can be seen at the same place in this mega event. This event has been a great success year after year and helps to promote the traditional art at an International level. The primary objective of this annual event is focused on:

With the brief introduction of spring after the winter, National and State awarded craftpersons from every part of the country heads towards Surajkund to showcase their talent and creations.

With Aasam as the theme state for this year, the major highlights for this year will be Northeastern state's culture and way of life through dance forms and cuisine. In addition to that a special Assamese fireworks display has also been organized. This year, with 11 international stalls, Thailand is also participating as a partner nation along with Afghanistan, Uzbekistan, Sri Lanka and Congo and ones from SAARC will also showcase their crafts for the first time in the mela.

The major highlights of the 26th Surajkund Crafts Mela 2012 mela will be:

Moreover, special attention has been paid for maintaining hygiene this year. For this, two fully automated electronic toilets have been set up. Use of plastic and polythene inside the premises is prohibited and special arrangements have been made for the sale of non-plastic carry bags by the regulatory authorities.