Samsung Galaxy SII HD Soon to be Launched in UK 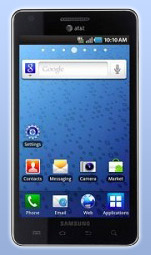 Though the news cannot be confirmed, but it is expected to be similar to the version, which has been launched in other market like that of South Korea. So let's have a look at some of the specification, which the Samsung Galaxy SII HD version can sport.

The most noteworthy change may be the installation of a larger 4.65-inch screen of 1280 X 720 pixels. It may have a super AMOLED multi-touch screen display. The display might have a Corning Gorilla Glass. Dual core 1.5-GHz processor is likely to be the processor specification. However, the brand of the processor still remains mysterious.

Some other features that it can sport a 2 MP front camera for video calling. It can be topped with an 8 MP camera with dual LED flashlight. The camera may include the facility of Geo-tagging. Samsung Galaxy SII HD supposedly is working on Android 2.3 Gingerbread operating system. It may have a standard Li-Ion 1850 mAH battery. It may have a 16GB of internal storage and 1 GB RAM. It can also have an external a micro SD card slot. It may be equipped with built in Wi-Fi v-802.11 b/g/n. It may also have a Bluetooth version-3.0.

It can provide the facility of A-GPS and may also have sensors like Accelerometer, gyro, proximity and compass. It may have 4-G LTE technology, which means it will not only support 2-G, 3-G networks but can also support the 4-G network.

People are expecting the HD version of Samsung Galaxy SII to be launched in the next month. But there is no official word on this from the Samsung spokesperson.