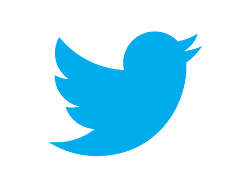 Twitter has come up with a new logo, which will be noticed as a simplified Twitter bird replacing the older one. In the mean while, it has also introduced a set of new rules limiting the freedom of the users to a large extent.

"Whether soaring high above the earth to take in a broad view, or flocking with other birds to achieve a common purpose, a bird in flight is the ultimate representation of freedom, hope and limitless possibility," Sky news quoted Twitter creative director Doug Bowman, as writing in the site’s blog.

A list of do’s and don’ts have been included in the rule list which includes giving the bird a speech bubble, rotating, animating or duplicating the bird and changing its colour. Various rules have been mentioned for Twitter users, web designers, authors and advertisers.